The Singing Rosewood and our Forest Legacy
by Patrick Waeber, 18 August 2019


Many of us have a musical instrument—a guitar or violin perhaps—at home. Music aficionados know that quality instruments are made from quality wood; the best for sound and resonance. Rosewood is one of the most sought-after species for its striking dark-reddish coloration (hence its iconic name) and the excellent sound quality it provides. So what? Rosewood has been attracting a lot of international attention in the past years, for all the wrong reasons.

The Convention on International Trade in Endangered Species of Wild Fauna and Flora (CITES) was scheduled to hold its 18th Conference of the Parties at the end of May 2019 in Sri Lanka. Due to the deadly Easter bombings that rocked Colombo, the meeting was postponed and moved to Geneva, Switzerland, from 17–28 August. The outcomes of the CITES COP will have significant impacts—after all, it is the most comprehensive mechanism in place to regulate the international trade of endangered species—on numerous conservation programs promoting increased trade protection for a growing list of plants and animals.


Deforestation and illegal species trade threaten rosewoods and entire ecosystems
Globally, tropical rainforests remain highly threatened, despite concerted international efforts, such as the New York Declaration on Forests, the Convention on Biological Diversity, global REDD+ programs, Rio+20 and the Bonn Challenge to reverse the pervasive deforestation trends we are experiencing today. According to the World Resources Institute, annual tree cover loss reached 12 million hectares across the tropics in 2018—the fourth highest annual loss on record (1). Even more worrying is the disappearance of 3.6 million hectares of primary rainforest, an area the size of Belgium. The production of agricultural commodities—the most salient being palm oil, beef, soy and cocoa—drives global deforestation, with residents of the global North, including us in Switzerland, consuming the most resources on our daily plates in one form or another. Another driver, more locally prominent in some regions or countries, is the harvesting of non-agricultural commodities that feed the thriving illicit wildlife trade. This is a growing threat, not only for individual species, but for entire ecosystems too. In recent years, the endless demand from China for high-value rosewoods to manufacture replica antique Hongmu furniture has emerged as a major problem in many tropical countries.

In recent years, rosewood has climbed the ladder of prominence. According to the World Wildlife Crime Report published by the UN Office on Drugs and Crime, rosewood comprised 35% of the value of all global wildlife seizures for the period 2005–2014. This equals the economic value of elephant ivory, rhino horn, marine turtles, parrots and reptiles combined (2).


We need more research to better protect rosewood
Rosewood belongs to several families, including Fabaceae (the legume family), Meliaceae (the mahogany family occurring in the tropics), and Proteaceae (concentrated in South Africa and Australia) and is found in many tropical countries. In the past ten years, Madagascar has occupied centre stage in the spotlight on rosewood trade. The country gained global prominence from the 2005 film “Madagascar” and is now well renowned for its incredible, rich and unique biodiversity; its high quality Bourbon vanilla serving 90% of global markets; pepper; and excruciating poverty and almost chronic political instability.

The ‘S’ in CITES stands for species. Yet, we do not know how many species of Rosewood occur in Madagascar. Latest science estimates 68 species with only 48 scientifically described to date. Now, put yourself in the shoes of a border police officer standing in front of a container filled with raw logs. So long as we lack scientific descriptions—including resources for public servants like photos and DNA signatures—there is absolutely no way they’ll be able to link these logs with specific species or regions of origins. Of course, science is advancing at steady pace and identification tools such as DNA bar-coding (3), wood anatomy or chemotaxonomic discrimination are becoming more sophisticated and available. However, they currently are too expensive and time consuming to find broader on the ground application. And it is these gaps in knowledge that are been shamelessly exploited by traffickers.

The drivers of rosewood decimation
It’s a combination of external and internal factors including insatiable demand from China, where over 95% of all rosewood ends up; weak governance and law enforcement; unclear forest regulations, and; the prevalence of corruption in Madagascar’s forestry sector. Combined, and since the 1980s, these drives have systematically striped rosewood and other precious woods from the Madagascar’s forests. On both demand and supply sides, corruption continues to be the master of the Rosewood trade. Rosewood revenues have been linked to electoral campaign financing for decades, with rosewood exploitation reaching a peak in 2009–2010, when Madagascar experienced a political coup. Large stocks of cut rosewood accumulated during this period, and under the 2014–2018 Presidency of Hery Rajaonarimampianina rosewood export levels rose to unprecedented heights as documented by international seizures, where some 6000 tonnes were confiscated in various countries. The periodic escalation of rosewood exports has typically been facilitated by government decrees issued prior to elections or during challenging political periods, always accompanied by ‘exceptional’ government orders, which allowed a select few, powerful operators to export massive quantities of wood (4).

Is a New Opportunity for Rosewoods on the Horizon?
The Rosewood trade has attracted attention and action by CITES again. CITES regulates international trade in wild species that are threatened by the pace of international trade. Its protections for a species may mandate regulations and procedures to ensure a sustainable level of harvest (“Appendix II” protection), or in some cases may completely ban all international trade as the only viable option to maintain the resource for future trade (“Appendix I” protection). Traditionally focused on animal species since its creation in the 1970s, CITES has started to pay more attention to timber species, particularly rosewoods. Beginning with the listing of Brazilian rosewood (Dalbergia nigra) on CITES Appendix I in 1992, the Parties to CITES listed Siamese rosewood on Appendix II in 2013; in the same year CITES placed the Madagascar populations of the entire genera Dalbergia under Appendix II. In 2016, the CITES Parties applied the Madagascar model to the entire world, placing the entire genus Dalbergia (and a number of rosewood species from other genera) on Appendix II. No doubt, this cheered up the conservation community, but put industries dependent on high quality rosewood for musical instrument production into a difficult position.

During the 2019 CITES CoP18, discussions pertaining to rosewood are anticipated to revolve around whether to elevate all Malagasy rosewood and ebony species to CITES Appendix I—a measure favoured by the conservation community (5)—or, to downgrade these species to CITES Appendix III, which is what the previous Government of Madagascar lobbied for during the 2017 CITES standing committee. The music industry is pushing for an amendment of Annotation #15, which would allow for the trading of refined musical instrument parts, despite the CITES Appendix II listing. CITES is not a panacea for the conservation of threatened species that are traded, but it is currently the single most effective mechanism that regulates enhanced control and transparency when it comes to forest-related products traded internationally. When you next play your guitar or violin, you may want to think about where the wood used to make your instrument came from. Music is culture and it enriches society, but we need to make sure that our hunger for music does not come at the cost of depleting our global forest legacies. In a money-driven world, music should not soften the damaging effects of traffics; the rosewoods can fall under the best bows of the world but nothing justifies the decimation of secular resources for the benefit of a minority. Music is for a many, so are forests. 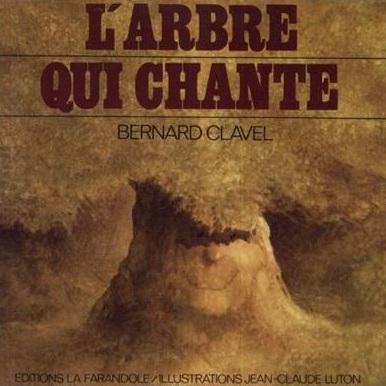 the chanting tree, a very inspiring story, not just for kids!