In Madagascar, trees like rosewood and ebony are harvested illegally and with impunity. This harms the habitat of the 14,000 species of plants and animals that are found nowhere else in the world: Lemurs; flying foxes; colorful chameleons, stunning orchids, rosewood, ebony and baobab trees; and many more. The Convention on International Trade in Endangered Species of Wild Flora and Fauna (CITES) is an international agreement between governments to ensure that endangered plants and animals are protected from trade that risks driving them to extinction. CITES has enacted in 2013 an embargo of all rosewood and ebony from Madagascar until steps are taken to ensure that further trade will not cause the extinction of these species.

The Government of Madagascar and CITES want to protect the unique species of ebony and rosewood that grow in Madagascar. During the period of civil unrest from 2009 to 2013, hundreds of thousands of rosewood and ebony trees were illegally cut down and hidden in stockpiles all over Madagascar. In 2013, Madagascar sought help from CITES; all of the rosewood and ebony species from Madagascar were listed on Appendix II as species that are threatened with extinction, unless trade is strictly regulated. In addition to providing the standard protections that come with Appendix II listings, a Rosewood and Ebony Action Plan was adopted by CITES and agreed to by the Government to reduce illegal logging and protect Madagascar’s forests.

The Action Plan requires the CITES member governments (Parties) and Madagascar to:

1/ Identify all rosewood and ebony species in Madagascar;

2/ Limit how much rosewood and ebony can be sold, to avoid extinction;

3/ Recognize ebony and rosewood when it passes through customs, to ensure it is being bought and sold legally;

4/ Audit and secure all stockpiles of rosewood and ebony in Madagascar;

5/ Create identification materials for custom officers around the world to identify ebony and rosewood from Madagascar, to keep them out of the hands of illegal traders;

7/ Stop all purchases and sales of Madagascar’s ebony and rosewood until the Action Plan is implemented.

Despite this comprehensive plan, illegal sale of endangered trees continues, both from new harvesting and trees being removed from protected stockpiles.The sale of endangered plants and animals is worth billions, the groups that engage in this crime are often linked to other trafficking crimes like ivory, guns, humans and drugs. In 2013, 40,000 illegally exported rosewood and ebony logs were seized in Singapore, Kenya, and Sri Lanka. These logs were illegally removed from Madagascar. But after years of litigation, all of these logs could soon be released back to the traffickers or sold at auction.

This much rosewood entering the market risks increasing global demand, causing more logs from the stockpiles being illegally trafficked, leading to more illegal logging, and more endangered trees being cut down. CITES has declared to all Parties that these trees were exported illegally and has said that they cannot enter any country that is a CITES Party. However, if the syndicates use the local legal systems to get these logs released, they will disappear into the black market, where their sale will be impossible to regulate.

The government of Madagascar has proposed that it can begin disposing of some of the stockpiles of rosewood and ebony outside of CITES oversight, by claiming that it would be using the wood in public buildings and local artisans making up to 10kg “handicrafts” to selling to domestic tourists. The proposal contains no safeguards to prevent all of the stockpiled logs and freshly cut trees (which are more valuable) from being disposed in this manner. The proposal also has no tracking system to make sure that the handicrafts are not exported. The proposal could become a way to export rosewood and ebony despite the total embargo that is currently in place.

This year at the 19th CITES Conference on Wildlife, CITES Parties should take strong actions to protect Madagascar rosewood and ebony and to increase the CITES Secretariat’s ability to intervene and aid in prosecutions of traffickers of animals and plants listed on CITES lists of protected species. CITES has the power to take a stand against the illegal timber trade and must make Decisions to:

👍Encourage Singapore, Kenya and Sri Lanka to confiscate all illegal rosewood and ebony in their custody, and create a plan for its disposal that ensures that the disposal does not further endanger these threatened species.

👍Encourage countries to strengthen their laws concerning illegal trafficking of CITES-listed species and their enforcement infrastructure so that the punishments are equivalent to smuggling drugs, guns or people.

👍Empower the CITES Secretariat and other related organizations to work with national governments to ensure that they have laws and enforcement capacities to criminals go to jail and are fined, and that illegal animal and plant species are confiscated.

👍Authorize the CITES Secretariat or other agencies to assist in domestic prosecutions to ensure that criminal syndicates do not continue to win in the battle to protect threatened and endangered species. Criminals should know if they get caught trafficking endanger CITES-listed species of animals and plants, they will face experienced prosecutors and similar penalties to those for drug, gun or human trafficking.

👍Prevent the use of wood from the stockpiles in Madagascar, not matter how well intentioned, until the stockpiles are audited and secured and the Action Plan has been fully implemented. 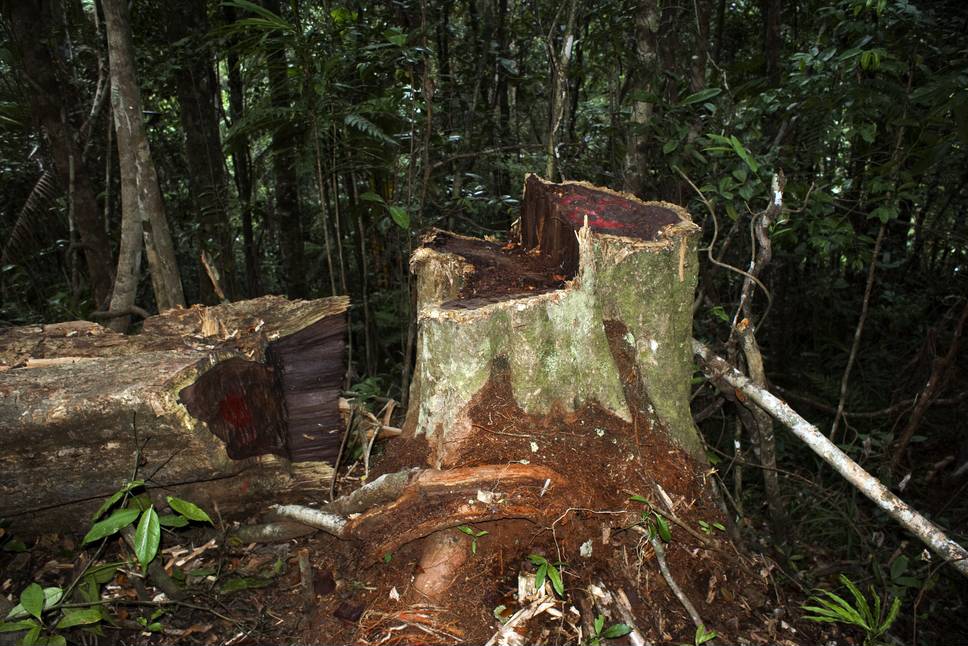 We need your signature! Sign by following link below.

Tell CITES, Singapore, Kenya and Sri Lanka that they must confiscate and protect the Forty Thousand seized rosewood logs from Madagascar; and tell CITES that it must fully implement the Rosewood and Ebony Action Plan!