CITES—the Convention on International Trade in Endangered Species of Wild Fauna and Flora founded in 1975—has hitherto issued only a few Notes on how seizures should be handled, a task for which the CITES Secretariat is responsible. But the Secretariat has little or no authority to help with prosecutions and it suffers from lamentably inadequate funding. Annual reports on compliance are not open for inspection and the implementation of CITES is clearly failing. This can be ascribed to lack of financial support and insufficient commitment on the part of 180-odd member countries.

Here is a brief overview of the most recent Madagascar rosewood seizures:

Zanzibar In February 2014, Zanzibar customs officials in cooperation with CITES authorities seized six containers of rosewood filled with 781 logs that were illegally smuggled from Madagascar. Two days later, a Malagasy news article reported that Tanzania had failed to seize an additional 1,996 rosewood logs, which it stated had already left Zanzibar. Shipping records indicate that, in actual fact, the 781 logs also left Zanzibar days after the reported seizure. At that point in time, Zanzibar was a notorious hub for trafficking Malagasy rosewood.

Sri Lanka On April 2, 2014, Sri Lankan customs officials announced the seizure of 28 containers in which the 3,669 Malagasy rosewood logs collectively weighed 420 tons. The seizure’s estimated total value was US$ 7.6 million. The seized rosewood was put up for auction in 2017. Protests were consequently made, claiming that the auction would stimulate illegal trade in Malagasy rosewood. Allegations were made that the auction did not follow proper tender procedure, as tenders were not called for through local and international advertisements. It was alleged that Sri Lankan Customs called for bids from just a few parties and that they selected a bidder who was known to a powerful politician of the ruling party. Three days after these allegations there was a Cabinet shuffle which was alleged in the press to have been related to the improper auction. Whether the sale from the auction went through or not, has yet to be revealed. What happened to the rosewood, remains a mystery.

It was reported by the Environmental Investigation Agency (EIA) in 2019, that traffickers had used fake CITES permits purportedly from the Sri Lankan auction, to launder other illegally-cut Malagasy rosewood to China. The 2019 EIA investigation confirmed that despite the fact that no seizures had occurred since 2014, a steady supply of Malagasy rosewood was reaching China.

It is not known whether or not, controversy caused the 2017 auction to be invalidated. However, a Notice of Tender was issued in 2022 listing substantial quantities of rosewood—with no stated country of origin— for sale. The sale in question was to be held on July 4, 2022. Note that there has been no publicized seizure of significant quantities of rosewood in Sri Lanka since the 2014 seizure of Malagasy rosewood. Because the country of origin of the rosewood was not listed, protests were made to the Sri Lankan CITES Management Authority and Customs, the CITES Secretariat and to Interpol. However, because of the collapse of the Sri Lankan government in July 2022, there has never been a confirmation of the country of origin of the rosewood, or indeed whether the auction went forward despite the protests.

Kenya On May 26th, Kenyan Wildlife Service (KWS) officials announced the seizure of containers with 4,400 logs weighing in at over 500 tons in Mombasa port, where they had been unloaded for transshipment to Hong Kong.

In Kenya, after two trials and two appeals, in November 2021, the Kenyan courts ordered that the rosewood be returned to the smugglers. The decision to return the rosewood to the smugglers was based on the Courts’ failure to comprehend that Malagasy rosewood (specifically), was placed on Appendix II in 2013, while all other rosewood only gained CITES Appendix II status in 2016. Due to this misunderstanding, the Kenyan Courts did not afford the seized rosewood in the protections that come with an Appendix II listing. Additionally, neither Kenya, Madagascar, nor CITES produced any evidence to prove that the transport documents from a 2014 shipment of rosewood, which had been made during the Malagasy CITES embargo, are fraudulent. It is important to bear in mind that no shipments of rosewood that left Madagascar in 2014 could be regarded as legal, because the CITES embargo was in effect and it had been implemented in Madagascar by both CITES and national law.

At the CITES Standing Committee meeting in March 2022, the Kenyan representative stated that the Kenya Wildlife Service was insisting on refusing to release the rosewood back to the smugglers and that they are awaiting direction from CITES as what course of action to pursue.

Singapore In June 2014, Singapore seized 29,434 rosewood and ebony logs illegally exported from Madagascar, at the time worth US$ 50 million. This seizure constitutes one of the largest-ever seizures of species protected by CITES.

After two trials and three appeals, with active and passive interference by members of the Malagasy government, the Singaporean courts ordered the logs to be returned to the smugglers. Fortunately however, the Government of Singapore insisted that the smugglers provide valid CITES documentation from its final destination before the logs can be released.

In Singapore, for three consecutive years, the smugglers have failed to claim title to the logs. The Singapore High Court has granted multiple extensions of time for the smugglers to claim and export the rosewood. In the meantime, CITES has declared that the rosewood was illegally exported from Madagascar and that any further trading of this rosewood would be in violation of CITES and therefore, be subject to enforcement actions.

If CITES and its Parties do not imminently find a solution in terms of closing the gap between the seizing of illegally trafficked goods and the prosecuting of the criminals responsible, then the syndicates who appear to have plenteous resources and access to the most accomplished lawyers, will undoubtedly win. 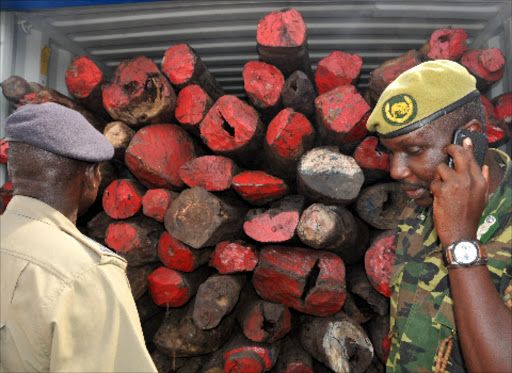