The issue of Madagascar’s endemic species of rosewood and ebony is on the agenda for Wednesday, November 23rd, but it may be discussed sooner. A working group is needed to i) prevent Madagascar from removing 30,000 rosewood and ebony logs from CITES jurisdiction; ii) protect 40,000 illegally sourced rosewood logs from being given back to smugglers, and iii) ensure that Madagascar has the resources it needs to implement the Action Plan scientists and other experts developed to protect Madagascar’s forests. 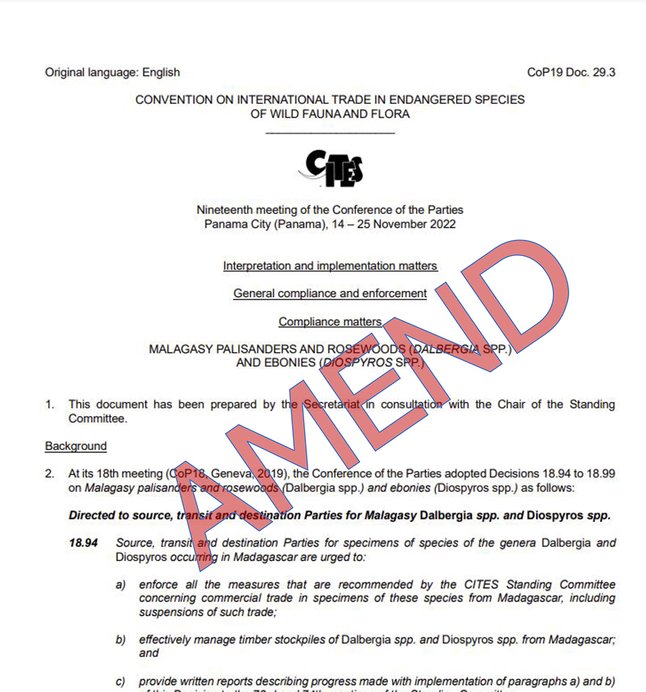 The Malagasy government has declared that it is going to remove 30,000 Appendix II listed rosewood and ebony logs in its “official” stockpiles from CITES jurisdiction, claiming that it intends to use them domestically, to refurbish governmental buildings and for artisans to make “handicrafts” weighing up to 10 kg to sell to domestic tourists. No provisions have been made to ensure that these logs do not enter into international trade.  And no effort has been made for tracking and distinguishing these logs from the hundreds of thousands of other rosewood and ebony logs in the “undeclared” and “hidden” stockpiles scattered around Madagascar. Imagine if this were done with elephant ivory, rhino horns or any other protected species’ parts! The “official” stockpiles will certainly be used as laundering machines for the logs from all of the other stockpiles and for freshly cut rosewood and ebony trees which are considered more valuable than those which have been stockpiled for years.

When Madagascar’s rosewood and ebony species were listed on Appendix II in 2013, a one-year embargo was imposed. It has been renewed yearly. In 2014 however, thinking that the embargo would expire, timber barons shipped tens, if not hundreds of thousands of logs out of Madagascar. 40,000 of these logs were seized in Singapore, Kenya and Sri Lanka. After years of litigation, multiple trials, appeals and failed auctions, all 40,000 logs are poised to be returned to the smugglers, in part because of active and passive interference by members of Madagascar’s government. CITES absolutely cannot let the criminal syndicates win by allowing the largest ever seizure of CITES-listed species to be lost in the relentless tide of illegal precious timber. CITES must urge these countries to use all legal means to confiscate these logs and provide the resources to develop a disposal plan for these logs which will not be detrimental to the remaining living Malagasy rosewood and ebony trees.

After almost 10 years of delay, Madagascar must be assisted with the resources, expertise and financing to fully implement the Action Plan needed to protect these threatened species. Despite numerous reports of progress, none of the elements of the Action Plan have been completed. All species of Malagasy rosewood and ebony in trade must be scientifically identified and customs materials prepared. Remaining populations of each species needs to be identified so that non-detriment findings can be completed and sustainable export quotas developed where these are applicable. All stockpiles must be audited and secured. A disposal plan has to be developed for these logs, structured so as to protect the remaining living trees and so that legal acquisition findings can be prepared. Finally, until all of this is completed, an embargo on all trade in these species must be actively enforced with the use of every accessible satellite and other available enforcement resources. 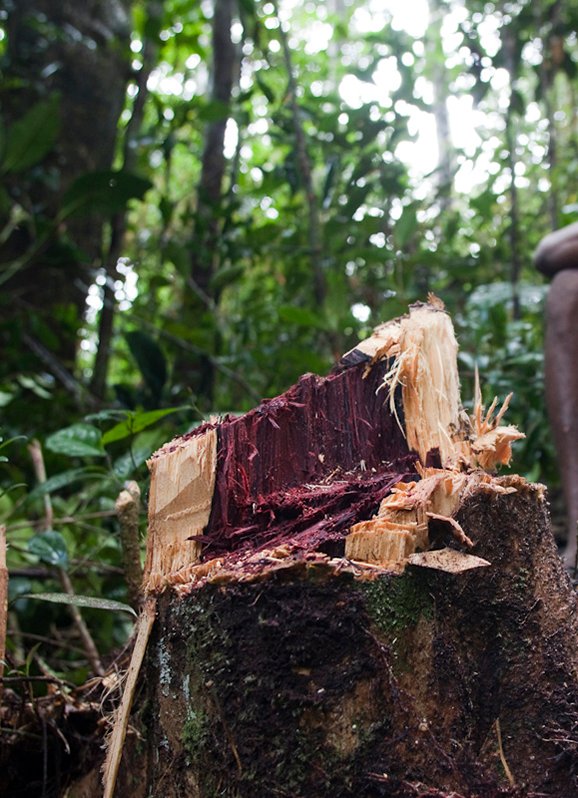 This is Message in a Capsule #5

Image 1: CITES draft decision which needs to be amended this coming Wednesday. We have proposed in a previous post how to do so.